Our world is formed of elementary particles that can also exhibit a form and behavior of waves. In other words, undulation is all around us and the world is built of undulation. And when talking about waves, it's not so much about the wool of sheep. :-) As we will soon see, it's more about the waves a guitar string is making when producing a tone.

When energy propagates in the space, it is through undulation. The wavelength (i.e. the distance a single wave occupies in the space) depends on the speed of wave travel and the frequency of undulation. The faster the speed, the longer the distance it can travel in a single period and thus the longer wavelength. The higher frequency of undulation, i.e. a single oscillation takes shorter time, the shorter the wavelength. The speed of wave travel (propagation of the undulation through the environment) depends on the type of the undulation and the properties of the environment. For instance, a visible light (electromagnetic undulation) spreads with the speed of light in the vacuum, but it travels about 40% more slowly through glass - and that is why the eyeglasses work.

When the wave hits an obstacle, it can be reflected back (typically in an inverse phase). The reflected wave travels the space back and adds up with the forthcoming waves in the opposite direction. The reflected wave has about the same speed and the amplitude and thus an interesting phenomenon occurs: a standing wave. With progressing waves, the energy is transmitted in the direction of the wave travel, whereas with standing wave, no energy is transmitted. If the undulation is damped by the environment for instance, we still need to provide the energy to keep the stationary wave alive.

Task: We will play with mechanical undulation. Take a thick elastic rope and bind it to something at its end. Build and program a robot grasping the free end of the rope and shaking it with a modifiable frequency thus forming a wave that travels the rope towards the tied end and then reflecting back. If the waves are generated in a proper (fundamental) frequency, the place where the robot holds the rope happens to be in a quiet position of the sationary wave (node) and the stationary wave will be formed. Try to tune the frequency to achieve fundamental frequency and stationary undulation. Will you find also the second and the third harmonic frequencies? Will you be able to repeat the expriment with different rope lengths? Will you be able to measure these frequencies? Will you determine the speed of the wave travel?

Hint: 1) If the rope is not flexible, tighten it with something flexible at the end. 2) Instead of a rope, you can use a large spring. 3) The speed of the waves on a spring depends on the spring weight (the heavier the more slowly) and the spring tension (the more strained the faster).

After Australia will eventually manage to stop the extensive fires, the destroyed forests with the area larger than Slovakia will eventually be restored and many trees will have to be planted. Some Asian countries decided to plant forests in large areas. One of the efficient ways to fight the increasing concentrations of CO2 in the atmosphere is planting trees although it is not sufficient. Some Slovak towns decided to plant fruit orchards within the town territory... 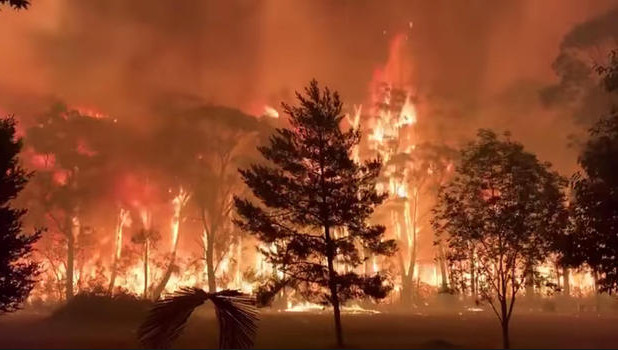 Task: Build and program a robot that will be "planting trees". The robot is to plant as many trees as regularly as possible in a rectangular area. You can mark the area as needed. We will consider any construction of LEGO parts with its height at least twice its largest width to be a "tree" if it is at least 4cm high. The planted trees should be standing, not laying.