In the previous tasks, we have been creating the fastest and the longest lasting movements. This time, we will focus on the opposite extreme: the aim is to create the slowest movement, which is still measurable. According to the Guinness book of records, the most slowly rotating man-made machine takes 3.8 billion of years to spin once. 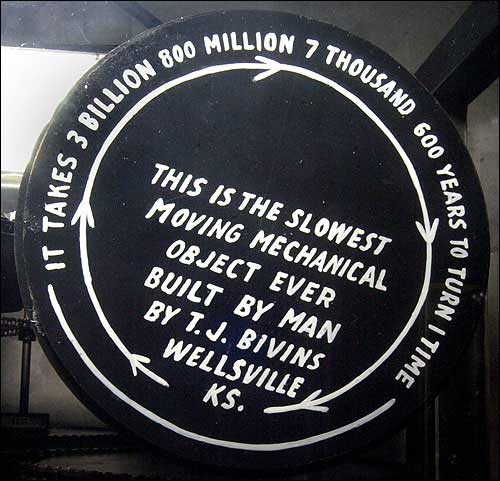 Task: build a mechanism that will make part of its construction rotate perpetually, but the time to spin once will be the longest possible, yet still measurable. Use LEGO sensors to measure a provable regular rotational movement of the machine, even if it will take weeks. Calculate the time required for one full rotation. The movement must be uninterrupted and continuous and after it will get started (the starting procedure can be more complicated, if needed), the motor will continue spinning in a permanent rotation (an equivalent to a single green EV3 motor block in the "on" mode).

When building a robot, one of the important decisions to take is to select motors. Whether we choose simple DC motors with gearbox, servo motors, or stepper motors, one parameter is of a special importance: the motor torque. It specifies the force that the motor can produce. If for instance our robot is supposed to climb a hill, the torque of the motors we pick decides if the robot will make it or not. This value usually changes with the rotation speed. For instance, stepper motors are very strong when moving slowly, or when they completely stop, but their torque decreases with increasing rotational speed. And, obviously, torque also depends on the voltage applied to the motors. With higher voltage, the motor will typically be stronger. Several different units are used to express the torque, i.e. kg.cm, N.m, and in some conservative and backward-going countries, where (not only) scientific standards take longer time to adopt, also lbf-ft (pound-foot) to name one. In all cases, the value tells the following: when a lever of length r (here are those cm, or m) is attached to the rotating axle of the motor in perpendicular direction, the motor will be able to lift a weight attached at the end of the lever in a perpendicular direction to the lever and to the axle that pulls the motor with the given force (N) or weight (kg). For example a popular microservo SG-90 has a usual torque of about 1.2 kg.cm, i.e. 0.118 N.m (yes, we use the gravity of Earth, which is not exactly 10, when converting between the units), but the stall torque - i.e. the torque at zero rotational speed, i.e. when the force completely stops the motor movement, is supposedly 1.8 kg.cm. So when the lever is 10 cm long, the SG-90 will struggle lifting a weight of 180 g attached at the end of the lever.

Consider a solid object sliding on a flat surface. A resistance force between the object and the surface is acting against the sliding movement. This resistance force differs depending on whether the object is not moving yet, or if it has already been set to motion. 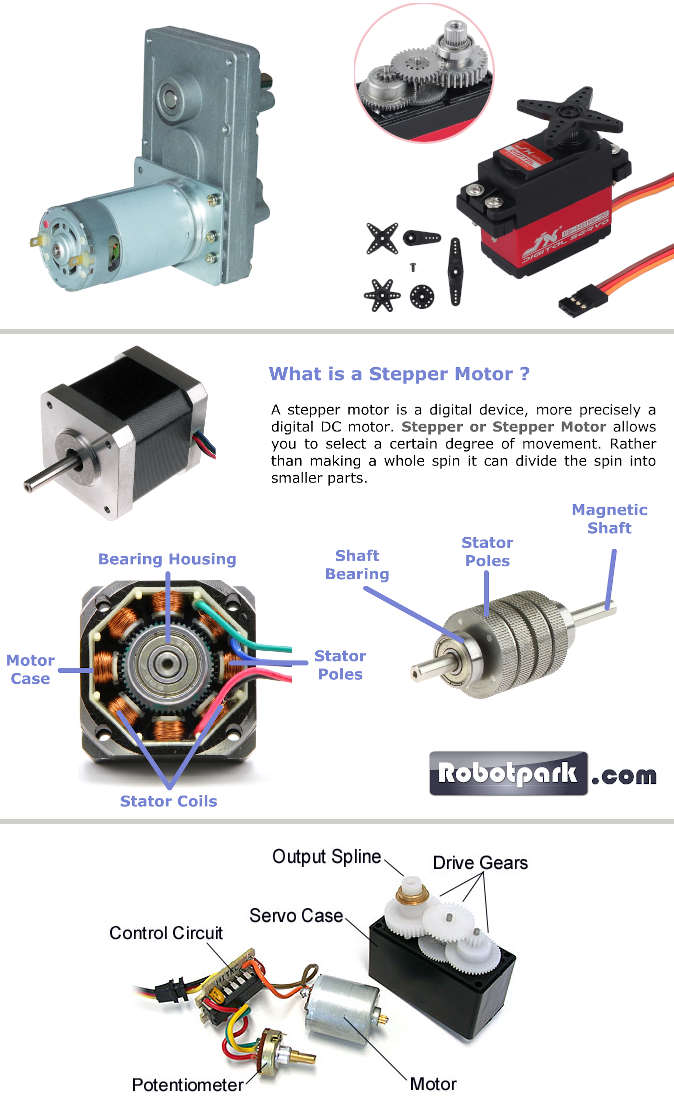 Task: First, measure the torque of a motor in your robot set with a high accuracy, try for different settings of "power" in the software. Connect the control unit to the charger, if possible when making the measurements. Use the measured values to determine the magnitude of the still resistance force for objects, which are made of different materials and have varying weight and show the results in a table.